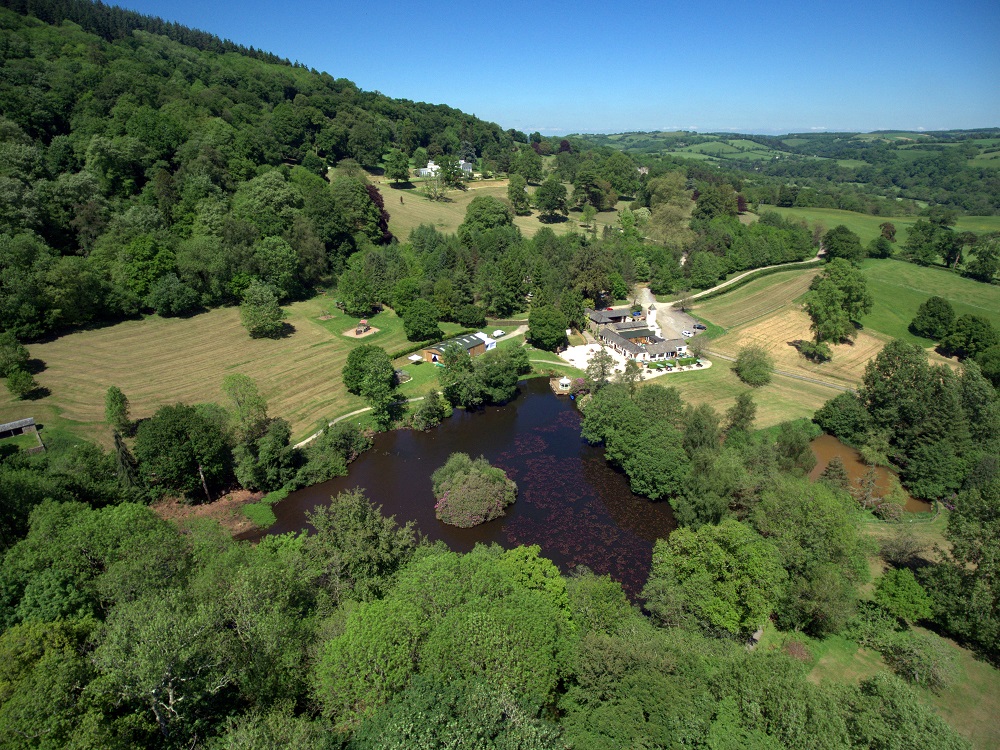 Pellew’s military career was a distinguished one, in which he saw battle during the American War of Independence, the French Revolutionary Wars and the Napoleonic Wars.  This earned him the title of Vice Admiral of All England, which he shared with his peer, Lord Nelson. In 1814, more than 20 years after his knighthood, he was made Baron of Canonteign and took the title Lord Exmouth.

By 1816, he found himself commanding the Anglo-Dutch fleet during the Battle of Algiers – a campaign to stop piracy by the North African Barbary states.  The mission freed thousands of slaves and resulted in the signing of a treaty against the slavery of Europeans.

Shortly after, he informed the Admiralty that he had finally “struck his flag” and was rewarded with the title Viscount, but rather than returning to Canonteign, he chose to settle with his wife close to the sea he so loved, in Teignmouth.

He went on to enter politics, and became MP for Barnstaple, attending the House of Lords regularly until his peaceful death in 1833.

It was his son, Pownall, the second Lord Exmouth and his wife who took residence at Canonteign.

The Estate remained in the Pellew family line for ten successive Viscounts until the late 1990s, over which time it’s seen many changes.

However, to this day, the current owners Mr and Mrs Christopher Baylis, still commemorate the Battle of Algiers each year by laying a wreath on the family crypt at Christow Church.  The TS Canonteign Teign Valley Sea Cadets, which were named after the 1st Viscount Exmouth of Canonteign, Sir Edward Pellew, then join the family in a Memorial Service at Canonteign Falls to honour this brilliant man.

A tribute to Sir Edward also remains very much part of the estate today in the name of our wooden play galleon, the Indefatigable – his most famous ship.

In the 19th Century, this part of Devon prospered under the mining boom.

Frank Mills, a London banker and entrepreneur opened a mine on the Canonteign Estate in 1806 and the area flourished.

With healthy stocks of silver and lead to be mined at Canonteign, the waterfall was diverted from its original course in order to drive a wheel to power the mine.  A leat was created to move the watercourse some 10 metres away in an impressive feat of engineering.

When the mining boom ended in 1880, the third Lady Exmouth insisted that the waterfall from the leat course should be diverted to cascade over the soaring nearby rock formations.  This offered much-needed employment for a team of ex-miners and created a spectacular waterfall, the highest sheer drop in the South West of England at some 70 metres.

This gave an amazing backdrop to the ancient woodland walks leading through the remains of the Secret Garden and the Victorian Fern Garden and created a breathtaking view across Devon from the summit, known as Buzzard’s View.

Yet by the 20th Century, the estate was struggling under crippling death duties.  In 1985, restoration work began on the estate and continues today.  When the Baylis family took over the Estate from the Pellew family line in 1994, they became committed to conserving Canonteign’s industrial heritage and natural glory.  Opening to the public allows visitors to enjoy the spectacular waterfall, meadows teeming with wildlife, original Fernery and lakeside walks.  By visiting, you are helping to maintain and enhance the beauty of this snapshot of Victorian history.