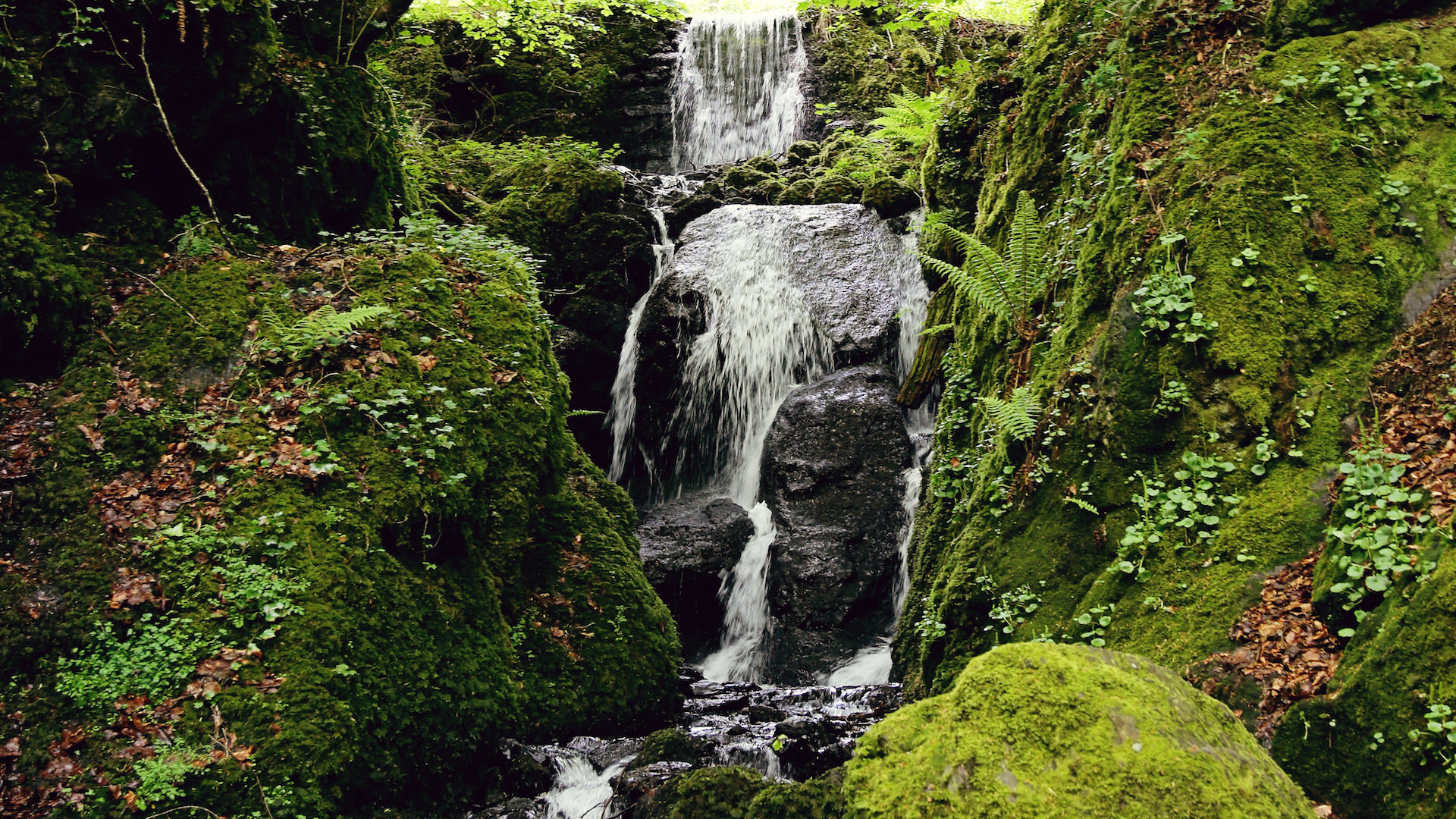 Natural waterfalls have been a feature of the Canonteign Estate for generations, but the existing Lady Exmouth falls are the product of a kindhearted notion in Victorian times.

In the 1880s, the silver and tin mines which had made this part of Devon very prosperous were under threat of closure.  Lady Susan, wife of the third Lord Exmouth, hated to think of the miners losing their only source of income, and came up with a project to occupy them.  She decided to create a spectacular waterfall for the Estate.

A team of miners were saved from redundancy to bring her vision to life.  By redirecting the existing leat which had provided water for the sawmill and the mines, they were able to channel it towards a more exposed rocky outcrop just a few metres away, creating the dramatic 70 metre falls you can see here today.

The climb to Lady Exmouth’s falls takes you on a journey through Canonteign’s past.  From the site of the old sawmill you pass Clampitt Falls, named after the brothers who built the original leat diverting water to the millwheel.  Through the woods, you’ll emerge to your first sight of the 70 metre waterfall – the highest in the SouthWest – before continuing your climb up through the Secret Garden.

90 original Victorian Steps lead to the Fern Garden, before you cross the bridge at Devil’s Leap – the site of the natural falls.  A little further up and you’ll emerge onto the viewing platform at the very top of the valley to watch the water cascade over the edge towards the rest of the Estate.

The path down takes you through ancient woodland to the Lily Lake, old Orchard and Bee Garden and to the 30m Zip Wire and Mini-Assault Course.

The climb takes no longer than half an hour but it is steep and strenuous.  Plenty of resting places are provided, and there’s a lot to see and do on the way up.  A slightly quicker and easier route is available on the way down. 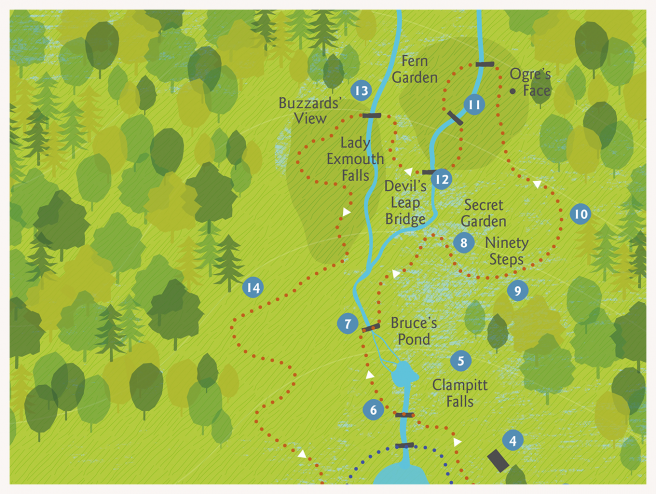